During his four decades as a lecturer at UC Davis and nearly 60 years as a community organizer, Isao Fujimoto has touched thousands of lives. Each one seems to remember him, and he remembers each one. Former students, colleagues and friends from near and far celebrated the life and work of Fujimoto, 86, a founder of the UC Davis Asian American studies program, at a recent symposium.

“Isao Fujimoto stood up for social justice around the state and the world,” said Robyn Rodriguez, chair of the Department of Asian American Studies in the College of Letters and Science. Fujimoto’s work, Rodriguez said, is a model of “radical pedagogy — challenging the hierarchy between faculty and students and valuing intergenerational knowledge.”

The symposium was held at Davis’ International House, the community organization Fujimoto helped found and where he is the subject of the exhibit Isao Fujimoto: Life and Legacy, created by Scott Tsuchitani, a doctoral candidate in cultural studies. The Asian American studies program is celebrating its 50th anniversary, as are the African American and African, Chicana and Chicano, and Native American studies programs.

Fujimoto’s activism grew out of trying experiences while growing up as a person of Japanese descent in the United States. At the time, most Asians were not eligible for U.S. citizenship. His family lived and farmed on the Yakama Indian Reservation because Washington, and many other states, barred noncitizens from owning or leasing land. Reservations were considered federal land not subject to such laws.

The day after the December 1941 bombing of Pearl Harbor, Fujimoto’s father was arrested. The next year, the family’s mother and four children were imprisoned at Heart Mountain, Wyoming, and later at Tule Lake, California, internment camps. After World War II, they settled near Morgan Hill, California, and farmed. Fujimoto went on to earn degrees from UC Berkeley, Stanford University and Cornell University.

In 1967 Fujimoto joined the newly created applied behavior sciences department at UC Davis, was a founding faculty member in the community development program, and in 1969 helped launch the Asian American studies program.

“All of these had, I think, for me, certain common themes,” Fujimoto said in an interview. “I think the crux is community. What does community mean in our lives? Not only what does it mean, but what’s my role in it? No matter where you are, you can make a contribution.”

END_OF_DOCUMENT_TOKEN_TO_BE_REPLACED

Liz Garone’s personal story about olive oil — how her grandparents brought along gallons when they immigrated from Italy and how it is her favorite moisturizer — published in the first issue of Prized Writing helped launch Garone’s writing career.

Garone (B.A., American studies and English, ’90) will speak at the 30th anniversary celebration of Prized Writing on Oct. 16. Prized Writing, published annually by the University Writing Program (UWP) in the UC Davis College of Letters and Science, showcases writing by undergraduate students across campus have done for classes.

“Being in Prized Writing definitely had an impact on my decision to become a writer,” said Garone, a journalist based in Alameda.

END_OF_DOCUMENT_TOKEN_TO_BE_REPLACED

Odd object that inspired generations of artists back in spotlight 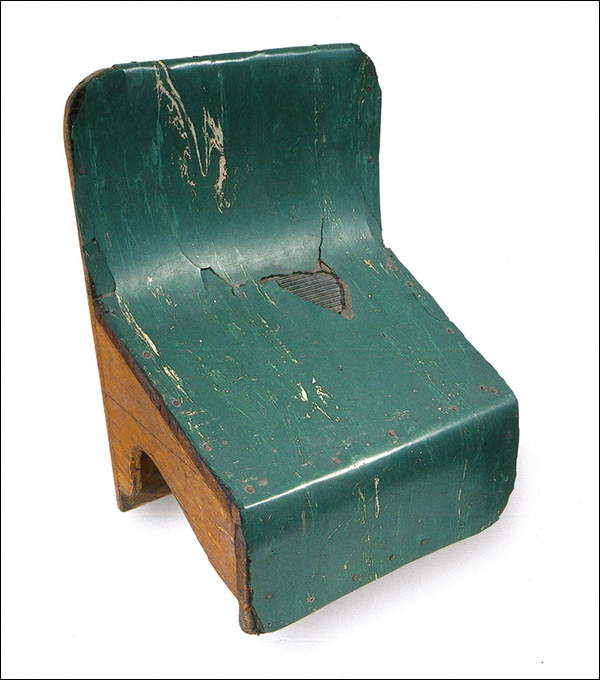 Published in 1969, the Slant Step Book celebrated a thrift store find that became, and remains, a part of UC Davis art department lore. The Slant Step is a green linoleum-covered plywood stool with a slanted — and seemingly nonfunctional — step that has inspired artists for decades.

The long out-of-print book is filled with black and white images, poetry, letterhead from the fictitious Slant Step Mfg. Co., a recipe for making a slant step, and lyrics to “The Slant Chant.” For the 50th anniversary of the book, Verge Center for the Arts in Sacramento has republished it, along with a companion volume, Slant Step Book: The Mysterious Object and the Artworks It Inspired, and has also organized the exhibition Slant Step Forward, running Sept. 12 through Oct. 27 (2019).

END_OF_DOCUMENT_TOKEN_TO_BE_REPLACED

UC Davis art history professor Heghnar Zeitlian Watenpaugh’s The Missing Pages: The Modern Life of a Medieval Manuscript from Genocide to Justice starts, figuratively and literally, on June 1, 2010, in Los Angeles Superior Court. That day, the J. Paul Getty Museum was sued for the return of eight illustrated pages from a 13th-century Armenian book of gospels. The Missing Pages, published by Stanford University Press, took Watenpaugh to the places the pages had traveled, from their creation in 1256 in present-day Turkey, to Armenia, Syria, Ellis Island, Massachusetts and Los Angeles. The illustrated pages disappeared during the Armenian genocide of the early 20th century and were purchased by the museum in 1994. END_OF_DOCUMENT_TOKEN_TO_BE_REPLACED 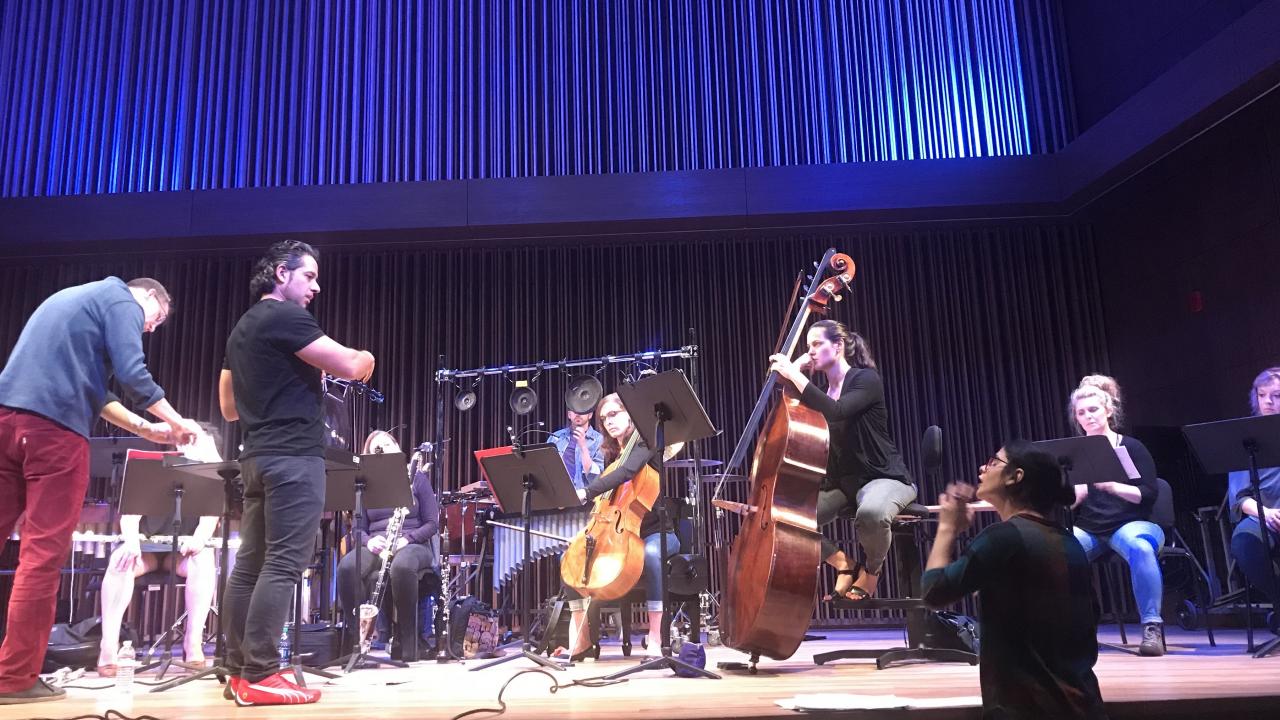 When doctoral music composition students at UC Davis hear their music played for the first time, they hear it played by professionals who are champions of new music with years of performance experience.

“It’s an absolute luxury to have these professional musicians play our work,” said student Jonathan Favero. “In many programs you have to beg, borrow and steal to find players.”

Starting in 1910, Punjabi women began trickling into California, joining a community of men who started arriving from the northern Indian province of Punjab in the 1890s. But even as their numbers grew in Yuba City, Stockton, Sacramento and other Northern California areas after World War II, these women remained largely invisible.

The women’s story is now being told, thanks to Nicole Ranganath, historian and assistant adjunct professor of Middle East/South Asia Studies (ME/SA) in the UC Davis College of Letters and Science. Along with amassing an archive of interviews, photographs, letters and archival footage, she has created a documentary film “Walking into the Unknown: A History of Punjabi Women in California.”

“This is the first time these women have been asked about their lives and they were often reluctant to talk,” Ranganath said. END_OF_DOCUMENT_TOKEN_TO_BE_REPLACED 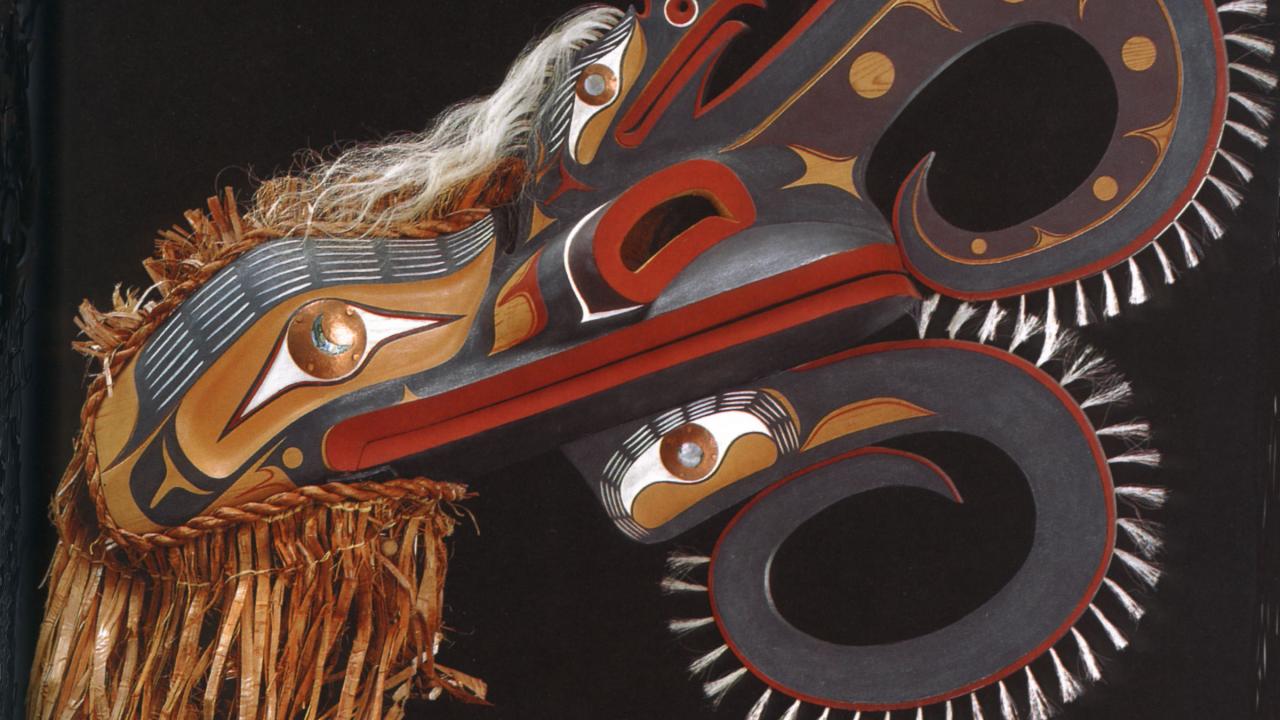 The fast-growing collection of the C.N. Gorman Museum is now even bigger.

Three recent donations brought 500 artworks to the collection: Northwest Coast art given by Gloria and Selig Kaplan and Jill and Michael Pease, and contemporary paintings from collectors Zelma Long and Phillip Freese.

The gifts bring the museum’s collection of contemporary Native American art to nearly 2,000 works, up tenfold over the past decade. END_OF_DOCUMENT_TOKEN_TO_BE_REPLACED

Frances Dolan spent much of last year in the company of Hester Pulter, a little-known 17th-century British writer. Dolan, distinguished professor of English in the UC Davis College of Letters and Science, has done extensive research and writing for The Pulter Project: Poet in the Making, a “digital collaboration” launched in November.

On the site, one can find multiple versions of poems by a female writer who was pushing the boundaries of literary conventions. The project takes a more open-ended approach to literary study than is traditional. Rather than offering a “definitive edition” of a writer’s work, it cultivates various editions simultaneously. It is also aimed at both scholars and laypersons.